In many extreme ecosystems, like deserts and polar regions, lichens play an important role as major carbon fixers and primary producers. Due to climate change, precipitation is expected to decrease and periods of dryness will lengthen. Lichens’ tolerance to periodic desiccation can make them vital for maintaining the carbon balance not only in their own ecosystems, but also on a global scale.

Lichens are not plants. They are the result of an obligate symbiosis between a fungus (mycobiont) and a photosynthetic partner (photobiont).

The photosynthetic partner within a lichen can either be an alga or a cyanobacterium that provides carbohydrates. The mycobiont acquires water and minerals, and it provides protection against harsh environments. This winning combination makes it possible for lichens to survive in various extreme climatic conditions, from hot and dry deserts to the freezing poles. Lichens grow in places where true plants cannot survive.

There are more than 17,500 lichen species around the world. Lichens prefer to grow on steady surfaces, like rocks, but are also found on soil and sand.

A single photosymbiont can associate with different fungal species to form several lichens. The fungal partner makes up most of the biomass of lichens and is responsible for its shape and form. Lichens can have various growth forms:

A new generation of instrumentation that has miniaturized complex technology into portable devices, which can be transported to the fields, is key to get a true understanding of ecosystems.

An example of one of these instruments is the CI-340 Handheld Photosynthesis System, manufactured by CID Bio-Science Inc. The device can measure all the gas exchanges in plants, including photosynthesis, transpiration, respiration, and stomatal conductance. Scientists can choose from ten different sized leaf chambers to accommodate their target species. There are additional modules that can control temperature, light, CO2, and H2O, and also measure chlorophyll fluorescence. CI-340 is suitable for an open and closed system.

In the Tengger Desert in China, there has been an attempt to use vegetation to control sand movement. However, these non-native plants have led to a significant loss of soil water. So, this practice is now considered unfeasible and unsustainable.

Looking for alternatives, scientists considered if lichens that are native to the region could be useful.

The soil crust has a teeming community of microbes that carpet the soil and bind it together. Lichens are part of this microbial community that fixes carbon and nitrogen and adds valuable organic matter and fertility to the desert soils.

Among the soil crust, lichens are the most common group. Endocarpon pusillum, is one of the crust forming lichen found in Tengger Desert. Its photobiont, Diplosphaera chodatii, is an alga. In this region, the temperatures vary between a low of -25.1°C and a high of 38.1°C

With the help of the CI-340 Handheld Photosynthesis System, which can measure photosynthesis within a temperature range of 0-45oC, the scientists measured the photosynthetic and respiratory rate of the lichen in the fields.

The carbon balance in lichen was calculated as the difference between the photosynthetic carbon income and carbon loss due to respiration.

The field tests of lichens occured in vegetated areas that were nearly sixty years old. A 10 cm2 area was used for the tests, which were conducted in June, July, October, and November of 2010, and in April and December of 2011.

To see how effective the process was in the lichen, scientists also compared photosynthetic and respiratory rates of the lichen and its photobiont, D. chodatii, in the laboratory, with optimum levels of water.

First, the chlorophyll content of both the lichen and alga was extracted and estimated; this was found to be similar in both. Then, they measured the photosynthetic rate of the lichen and alga under controlled environmental conditions in the laboratory, at temperatures of 5°C, 20°C, and 30°C, nine-light intensities between 0 and 2400 mol m-2 s-1, and CO2 levels of 600±50 ppm. The CI-340 was used again for the gas-exchange analysis.

In the field, there was no photosynthesis by the lichens on days without rains, as their thallus was dry; as shown in Figure 2. Both photosynthesis and respiration rates were the highest the day after a rainfall.

The Tengger Desert received >5 mm of rainfall in seven months from May to November each year. About 95% of yearly carbon assimilation occurred during these months.

The total annual carbon sequestration by lichens is 25443 mg m–2 per year. The respiration at night throughout the year costs the lichens 10880 mg m–2. Thus, the net yearly carbon gain by E. pusillum was 14.6 g m-2; see Figure 3

Since the sandy area in the deserts is thirty thousand square kilometers, if lichens are spread through inoculum, the desert could turn into a carbon sink that gains 438000 tonnes of carbon per year.

That is an impressive amount of carbon sequestration! Also, the lichens could be stabilizing sand dunes and act as bioengineers.

Figure 3: “Endocarpon pusillum annual gain and loss of carbon, showing the contribution of the rainy months and dry months to the photosynthetic carbon income, nocturnal carbon loss and the carbon budget over one year,” Ding et al, 2013. (Image credits: https://link.springer.com/article/10.1007/s11427-013-4526-9)

Lichens are the predominant flora in Antarctica, having around 427 species. The lichens are important primary producers in this ecosystem. The rate of photosynthesis is vital not only for the symbionts but for the whole ecosystem, as they are the main contributors to the carbon cycle of the frozen landscape.

The lichens are clearly adapted to the sub-zero temperature in Antarctica and can be photosynthetically active even at -15oC. However, the temperature at which lichens will begin photosynthesis depends on the species.

In one of the first research studies that measured the rate of photosynthesis of lichens on the field in Antarctica, scientists wanted to find out if the growth form of lichens, aside from the environment, could also affect photosynthetic rate.

To rule out differences in photosynthetic rate arising from varying species of algae, scientists chose three lichens that had the same photosymbiont, the alga Trebouxia jamesii. The three lichens were Ochrolechia frigida, which is crustose; Umbilicaria antarctica, which is foliose; and Usnea aurantiaco−atra; which is fructicose. The fungal and algal symbionts were identified by DNA analysis. The three lichens were studied in the fields at the Chinese Great Wall Station in the King George Island in Antarctica and analyzed for three to six days, during which several hours of measurements were made.

Their photosynthetic rates were measured by the Infrared Gas analyzer in the CI-340 Handheld Photosynthesis System.

The accepted theory has been that algae adapted to a place help their fungal partners to increase their ecological range. However, this experiment was able to show that the reverse can also be true. The fungus can help algae by boosting their carbon fixing ability.

Rocks are heated and retain more heat than air, so the lichens growing on rocks, Umbilicaria antarctica and Usnea aurantiaco−atra, are warmer. However, Umbilicaria’s flat thallus growth form releases more heat than Usnea, which is tufted, so Usnea is warmer than its surrounding air.

O. frigida that grows on the soil between moss also doesn’t get much warmer than the surrounding air, as moss maintains humidity and regulated temperature in their micro-site.

Lichens need photosynthetic active radiation (PAR); however, too much light inhibited the process. Hence, photosynthetic rate is maximum when PAR is moderate.

In Usnea’s tuft growth, high PAR reduces the photosynthetic rate at the tip. However, the lower parts are in shade and can continue the process, even when PAR is more than 2000 μmolm−2 s−1. So Usnea can fix carbon in a wider range of PAR than Umbilicaria antarctica, which remains active even if PAR drops below 500 μmol m−2s−1, but suffers photo-inhibition at  2000 μmolm−2 s−1 .

However, O.frigida’s temperature varied with PAR, and its photosynthesis is zero even at 500 μmol m−2s−1.

The flatter the lichen, the smaller the PAR range where it is active. So, lichen’s growth form derived from the fungus is also important.

Thus, a single alga’s photosynthetic rate can differ based on the fungus with which they are associated.

Many scientists working on lichens have emphasized the importance of observing and taking measurements of physiological processes in the field. These concerns become all the more relevant when the ecosystem has extreme climatic conditions, as in the poles, and vary vastly from room and greenhouse conditions. 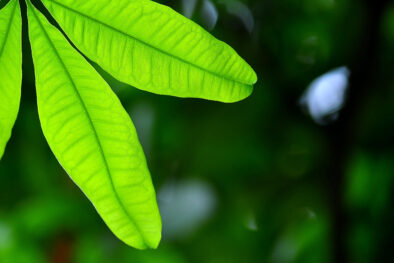 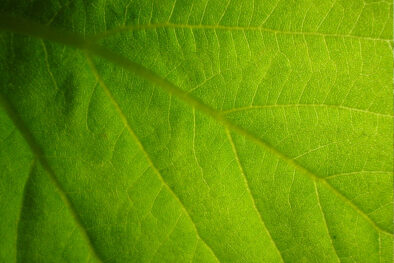 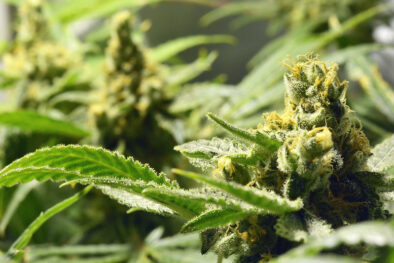