x
>Articles>Irrigating with Saline or Seawater

Currently, agriculture uses seventy percent of the freshwaters, globally. Available freshwater sources will not be enough to increase food production to feed growing populations in the coming decades. Therefore, there is a concerted effort to grow crops with seawater. Hence, scientists are investigating the various challenges involved in growing plants with saline water. These include greenhouse and field experiments that require a multitude of measurements, therefore requiring precise field instruments.

The FAO estimates that by 2050, the world will need to produce sixty percent more food to feed growing human populations. There will need to be a rise of fifty percent in irrigated cultivation which would require nineteen percent more global water for irrigation. However, there is only enough fresh water for a ten percent rise in irrigation; Figure 1 shows the areas most affected by water scarcity. Using seawater for irrigation is a possible solution; however, because it is saline, it is not without problems. Plant roots can absorb the water when it is moderately saline, but they have to work hard to do so. If the water is too saline, water will move out of the plants to the soils. Plants absorb water from the ground by osmosis, a process where water moves from a place with low salt concentrations to one with high concentrations, to level the dilution. If the irrigation water is very saline, then it will attract water out of plants, and the plants will suffer water stress.

Besides, the high levels of salt ions, such as chloride and sodium, and others like bicarbonates can be toxic for plants.

The problems caused by salinity can affect plant growth and cause considerable loss in yield. Long-term farming with saline water can increase soil salinity and lead to farm abandonment.

Plants have natural ways to tolerate salinity by either avoidance or tolerance.

Some plants are more sensitive to salinity than others. The choice of crops that are grown in areas irrigated by saltwater should, therefore, be carefully chosen.

Researchers are investigating ways in which they can use the plants’ natural strategies to make crops more saline tolerant. Often, the impact salinity produces on plants is used to track changes in plant physiology.

One of the main areas of research in salinity is to test species and varieties for tolerance.

In Egypt, scientists wanted to find out if turf grass for lawns and golf courses could be grown with saltwater to spare fresh water for irrigation and other uses. They tested the tolerance of Bermuda grass (Cynodon dactylon) and Seashore paspalum (Paspalum vaginatum) to irrigation by diluted seawater with zero to eighty percent of seawater.

Grasses deal with salinity by developing adventitious roots, which exclude salt or develop succulence to dilute salt concentrations in the tissues. However, they can suffer from reduced growth, change in total proteins, and leaf damage such as leaf firing or browning.

Among the different instruments used was the CI-202 Portable Laser Leaf Area Meter, produced by CID Bio-Science to measure leaf area. This portable instrument can non-destructively measure leaves of different shapes and sizes, so it doesn’t add to the stress plants experience and interfere with the experiment.

As Figure 2 shows, lower percentages of seawater were tolerated by the plants. At dilutions of ten to thirty percent of seawater, growth of leaves, shoots, roots, and levels of chlorophyll were all better than plants that were not irrigated. Turf succulence increased and helped the plants withstand salinity up to thirty percent seawater, but not any higher. At a higher percentage of salinity, the production of important enzymes in the plants was affected, which affected the productivity of the plants.

Just like other fruit trees, citrus is sensitive to salinity. However, there is a difference between the species and varieties of citrus.

Grafting is the standard means of propagating citrus. The roots and stem base of a hardy variety is fused with shoots from a plant that produces good quality and commercially attractive fruits. Grafting uses rootstocks that are resistant to pests and disease or are better suited for a regions’ climate and soil.

The scientists used height growth rate and leaf area to compare the effects of salinity on the grafted and non-grafted varieties of citrus.

They measured the leaf area by using the CI-202 Portable Laser Leaf Area Meter, from CID Bio-Science. This handy field tool is versatile and can be used for leaves of different shapes and thicknesses. It measures leaf length, width, area, perimeters, and shape aspect. It gives readings in real-time and can store eight thousand recordings, which can be easily transferred to the computer through a USB cable.

Grafted plants were all found to be affected by increasing salinity regardless of their species and variety. The height and land leaf area decreased significantly. Moreover, due to an increase in the sodium and chloride ions in the plants’ tissue, there was more mortality and less chance of survival of grafted plants.

Sour oranges were the most susceptible to salinity, whether grafted or non-grafted, while C22 and C146 rootstocks showed the most tolerance to salinity.

Photosynthesis Rate as an Indicator of Saline Stress

Sunflower crops can be irrigated by brackish water, but long-term use can make soil saline.

Sunflower crops can suffer a five percent loss of yield due to sodium and chloride ion toxicity. Many physiological processes are affected by salinity, such as photosynthesis, transpiration, water and nutrient absorption, protein synthesis, and the action of enzymes. Sunflowers accumulate proline or potassium and calcium ions as protection against salt toxicity. Proline protects protein structure, which has the effect of maintaining cell membrane integrity.

Scientists in Pakistan wanted to test if the addition of organic manure (OM) and/or potassium could help sunflower irrigated by brackish water. OM can improve the water holding capacity and structure of soils; it could also be a supply of potassium and calcium ions. When only saline brackish water was used for irrigation, there was a hundred percent more sodium absorption and more than seven times the accumulation in leaves than when freshwater was used. All physiological processes were negatively affected.

Potassium ions displaced sodium ions in the soil and plants and prevented saline stress in the plants. This, in turn, reduced or stopped any effect on physiological processes.

Scientists have identified new crops and the specific varieties in different plants that have salt tolerance. They are also experimenting with different agricultural practices, such as soil amendments and grafting, to find ways of improving tolerance to salinity. These experiments have been aided by the recent availability of portable field instruments that have successfully replaced many long and expensive laboratory estimations of plant physiology and morphology. By producing precise and easy-to-use tools, CID, Bio-Science has proved it is a reliable partner in times of an increasing need for plant and crop research.

Hegazi, M.A. (2016). Influence of diluted seawater irrigation on the Physiological and biochemical characteristics of common Egyptian turfgrass.International Journal of Horticulture and Ornamental Plants, 2: 027-036. 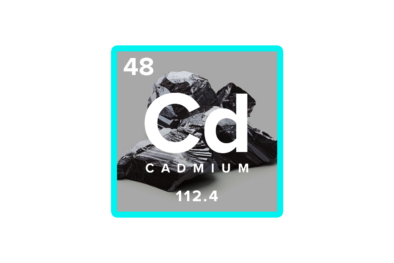 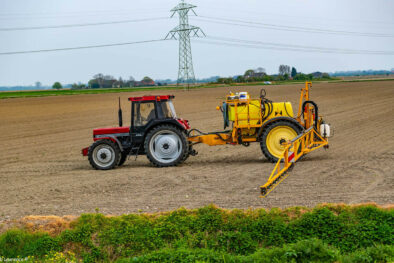 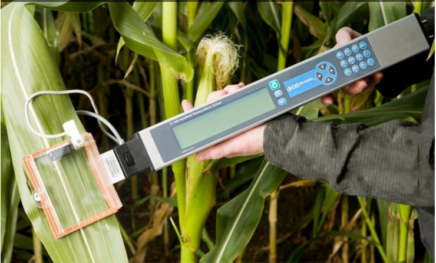 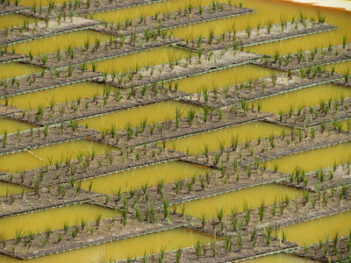