The carbon fluxes of many terrestrial ecosystems are well known. However, below-ground carbon’s contribution to the carbon cycle of different ecosystems has yet to be defined and quantified for forest soils. Since most of the carbon fluxes are occurring out of sight and underground, research on this topic is particularly challenging. Scientists are relying on sensitive and accurate field sensors based on an array of technologies in these demanding studies.

Why Are Carbon Fluxes Important?

Carbon keeps circulating in a global cycle between land and its ecosystems, aquatic bodies, and atmosphere. Carbon fluxes are the processes that move the element from one carbon pool to another.

Forests, oceans, or soils act as carbon pools, where carbon is stored for long periods. There can be many fluxes adding or removing carbon from any given pool.

Deforestation for agriculture and other land use or the burning of fossil fuels for energy production and locomotion are some fluxes that release carbon earlier fixed in sinks, like forests or fossil fuels. Such anthropogenic activities that have released excessive levels of carbon have led to climate change.

Small-scale processes, like breathing or respiration, also add gaseous carbon such as CO2 to the atmosphere.

On the other hand, processes like photosynthesis, litterfall, and ocean-atmospheric fluxes add carbon to a pool.

It is critical to understand how carbon moves and the rate at which it moves to be able to deal with the negative impacts of climate change and find solutions to adapt and mitigate it.

Below-ground carbon fluxes can be plant photosynthesis, root formation, root and microbe respiration, etc. So far, most of the research has focused on soil carbon fluxes in fields for cereal crops.

Studies on the soils of forests are just beginning; hence, the influence of soil environments on plants, microbes, and small animals that are part of the natural underground ecosystems is unclear. The impact of above-ground processes, both large scale and small scale, is also unclear.

The methodologies used in studying below-ground carbon fluxes should be non-destructive and non-intrusive so that the natural processes are undisturbed and unaffected. We will discuss how a tool produced by CID Bioscience Inc. helps in achieving this goal.

Besides forests, other ecosystems that are well-known for their excellent root structure are grasslands and heathlands. The above-ground plant parts may not be as high as trees in forests; however, the roots of plants in these open landscapes run deep and are much larger than the above-ground plant parts. Since the major portion of the carbon in a plant is in the roots, any changes in soil carbon fluxes in these ecosystems can be significant.

The “CLIMATE” experiment is a long-term project designed to study the effects of climate change in a Danish heathland. The climatic conditions tested are those that are likely to prevail in the year 2075, as predicted by the Danish Meteorological Institute. By 2075, they predict elevated levels of CO2 up to 510 ppm and temperatures 2-30C more than the 1990 levels.

A doctoral study in this project wanted to see how the depth, biomass, and lifespan of roots would change due to elevated levels of CO2, high temperatures, and summer drought. Moreover, uptake of nutrients and the addition of litter to soil were also considered.

Calluna vulgaris and Deschampsia flexuosa (L.) are the species usually found in heathlands.

Minirhizotrons were used to study root growth in terms of root diameter, length, branching, orientation, and root hairs. Root tubes about 100 cm long were installed in the soil. Root scans were made with the CI‐600 In-Situ Root Imager produced by CID Bioscience Inc. The imager has a scanner head that can rotate 360 degrees to take the scan of the full root system developing around the root tubes. The software RootSnap! rapidly calculates root length, area, volume, diameter, and branching angle.

The advantage of the root imager is that they are non-destructive, so repeated scans over months and years can be taken. In this case, the experiment was conducted for 2.75 years. The imager also allowed estimation of root turnover. The scientist, Frost, did this by comparing yearly growth to the total length of the roots.

Also, root biomass was estimated by soil cores and ingrowth cores every six months. Nutrient bioassays of roots provided information on their use by the plants.

Throughout the observation period of nearly three years, the scientist found that root length and root biomass both increased when CO2 was elevated. Roots reached depths of 15-50 cm, adding new carbon at these soil depths, and more roots were added even in shallow soils. The roots grow deeper, looking for more water and nutrients.

High temperatures and drought decreased root growth in terms of length in shallower soils of 8-15 cm, as there is less water there. However, a warmer climate can increase fine-root turnover. After one and a half years, warming increased biomass in Calluna by 50%, and in Deschampsia by 58%. Though drought reduces root numbers, it has no other negative effect.

Minirhizotrons scans show that root lifespan was long, and decomposition after the death of roots was slow. Interestingly, the extra growth in roots didn’t use more nitrogen and phosphorus from the soil.

Though there was a significant increase in root length and biomass due to elevated CO2, there was no increase in above-ground biomass. That means the effects of climate change happen first underground and manifest only later in above-ground tissues. More roots ultimately mean more root exudates that stimulate microbial activity and more CO2 production in the soil.

The effect on carbon fluxes of interaction between environment and genotypes was examined in Utah, USA. The study chose environmental factors, such as soil temperature, moisture, and nitrogen levels. A cottonwood genus with wide distribution was selected. Low‐elevation Populus fremontii grows in lower altitudes, while P. angustifolia is confined to higher altitudes.

Fifteen plots in each habitat and a third with hybrid trees (of P. fremontii × P. angustifolia) were randomly selected. Transparent minirhizotron observation tubes were installed in the soil near trees.

Soil moisture was recorded through gravimetry and soil temperature was recorded by a soil probe. The available nitrogen was measured with mixed-bed ion‐exchange resin bags placed close to the minirhizotron tubes.

Biweekly scans of the root system by the CI‐600 In-Situ Root Imager gave estimates of FRP. The scanner and software track individual fine roots by tagging them and studying their development, growth, and death.

Scientists found that the species of trees was the main factor influencing carbon fluxes in the three forests.

High resource availability reduces fine-root growth. However, it can increase other sources of TBCA like root exudates, microbial activity, and organic matter decomposition. Hence, the TCBA and fine-root production are not directly related.

Among the environmental factors, only soil moisture had an impact on root growth. Soil temperature and nitrogen availability did not affect carbon fluxes in these forests.

Moreover, all the various carbon fluxes seem to be independent of each other.

The two studies provided various insights that were interesting. However, they also led to many questions that need answers about below-ground interactions. For example, there were many secondary effects of raised temperature and CO2 on microbes and other biochemical processes in Denmark, which have to be measured to give a better picture of carbon fluxes in the soil. Scientists are also thinking of fine-tuning their methodologies. According to the scientists, the root lengths measured from the minirhizotrons can be combined with the results of ingrowth cores to get biomass results. This method would be non-destructive and avoid destructive sampling through soil cores, which may be affecting the experiment. The effective use of tools will, thus, depend on human ingenuity.

(n.d). Pools, fluxes and a word about units. Retrieved from http://globecarboncycle.unh.edu/CarbonPoolsFluxes.shtml 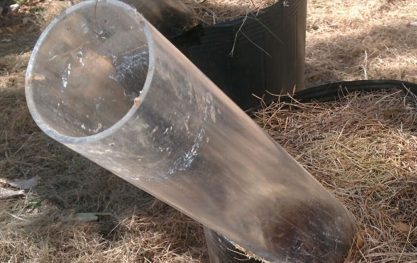 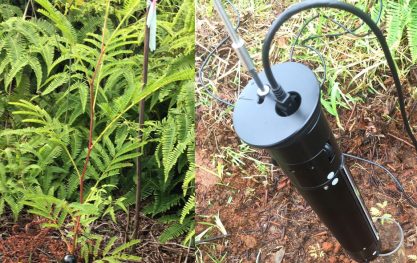 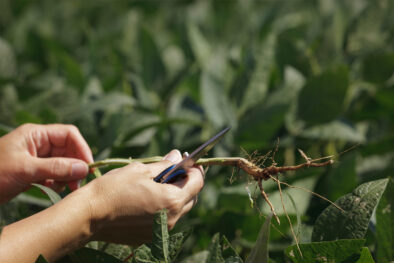 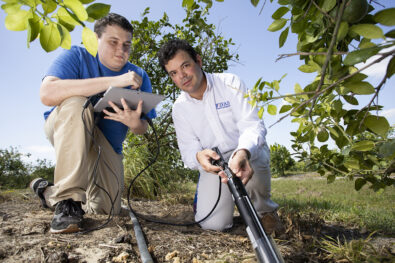