x
>Articles>Phenotypic Variations in Plant Morphology Due to Drought Stress

Phenotypic Variations in Plant Morphology Due to Drought Stress

Drought is one of the most common stresses the plants face, so it is only natural that they would adapt to drought or withstand water stress through plasticity of some morphological traits. However, our understanding of the processes by which plants cope with water stress is limited. Therefore, the number of studies about plant responses to drought is increasing in a bid to maximize yield in these challenging circumstances. Luckily, there are new, precise instruments to aid research.

Variations in Morphology Due to Drought

Variations in morphology occur due to genetic differences, as well as phenotypic plasticity.

Phenology is the combination of genetics and environment, so plants of a single variety will show differences when the conditions in which they grow change. Plasticity could occur due to diversity in the genetics of the plant or because populations of plants respond differently, since the effect on their physiology due to varying water availabilities is distinct.

Therefore, it is possible that populations of existing cultivars have phenotypic plasticity, wherein they have traits with drought coping abilities in different water availability. Some will be able to survive and perform well in drought. Earlier, when scientists were breeding new varieties of crops, they selected a set of traits that gave the most yield in optimum field conditions, defined by fertilizer and irrigation levels. For example. deviations in leaf lengths, which occurred as a result of phenotypic plasticity (see figure 1), were not considered. It is precisely these deviations that scientists are now exploring. However, not all species are equally plastic and many show limited variations in phenotypes.

In these cases, new cultivars with genetic differences will have to be bred to thrive and produce a good yield in water stress.

Drought will affect morphology, as well as the physiology of plants. Many morphological features are the result of internal physiology. For example, plants with better water use efficiency continue to produce large leaves and, subsequently, more photosynthesis and biomass accumulation than other plants.

Regardless of the source of variation, whether phenotypic plasticity or genetics, it is crucial to identify the plant traits whose resilience can help plants in coping with drought. It is necessary to analyze variations in the traits at both the genetic and phenotypic levels for a species in fluctuating environmental conditions.

In the search for morphological traits that could show plasticity, scientists focused on many of the visible vegetative parameters.

Aerial plant parts are some of the most straightforward metrics to measure, and these are also the portions of the plant that suffers most from drought.

Scientists in India at the National Bureau of Plant Genetic Resources, screened 15 moth bean (Vigna Aconitifolia L.) genotypes for stress tolerance. They tested many morphological and physiological parameters. Moth beans are well known for their tolerance to heat and drought, so this species was an excellent choice to study drought-coping mechanisms in plants. The varieties were tested in rainfed and drought stress conditions to see how morphological traits were affected.

Except for proline levels, all the parameters studied decreased due to drought in all genotypes. However, there was a difference in the response.

Seven varieties (e.g., Jadia, Jwala, Maru moth), which were drought tolerant, managed to maintain more leaf area, plant height, dry plant mass, and seed weight. The RWC and MSI were also higher than the other eight genotypes. These drought-tolerant species had a higher content of proline during drought.

The eight varieties (e.g., IC-121039 and RMO-257) that were less drought-tolerant had less RWC and MSI and, therefore, suffered a greater reduction in vegetative growth (leaf area and plant height), which resulted in less plant mass and seed weight. These genotypes also had lower levels of proline.

Proline is an amino acid that accumulates in leaves and helps in recovery after drought, as it provides energy. This amino acid is considered to be an attribute of drought resistance, even in other grain crops. The varieties that accumulated more of free proline were able to overcome drought and maintain optimum growth and yield.

In this experiment, the scientists used the CI-203 Handheld Laser Leaf Area Meter, manufactured by CID Bio-Science. It is a portable scanner that gives non-destructive readings in a matter of seconds and records leaf length, width, area, perimeter, shape factor, void count, and aspect ratio. Since it has GPS, it can be used to revisit the plant for repeat data collection.

In China, the phenotypic differences in root systems, which are often overlooked, were investigated for their effect on yield in winter wheat (Triticum aestivum L). The impact of the root system may be challenging to study; however, this plant organ is crucial, as it draws water from the soil and supplies it to the plant.

It is not clear whether a larger or smaller root system is beneficial for crops in times of water stress. Reducing root mass could divert resources to grain production. However, this can impact water and nutrient supply to the plant, which creates water stress and affects overall plant growth.

Three varieties were tested in rhizoboxes (with a perspex panel) and field trials: an old landrace (CW 134), a modern cultivar (CH58), and a new release (CH1). In rhizoboxes, they were grown either in moderate drought with watering at 55% field capacity or in well-watered conditions of 85% field capacity.

In field trials, the three varieties were grown in rainfed/moderate drought and irrigated conditions.

Tiller number and leaf area were recorded at stem elongation, anthesis, and maturity. Spike number, seed number and weight, and grain yield were calculated at the end. After data recording at each stage, the root system in the topsoil (0-20 cm) and subsoil (20-60 cm) were cleaned and scanned to calculate root length density and then dried to measure root mass.

The CI-202 Portable Laser Leaf Area Meter, produced by CID Bio-Science, was used. CI-202 also records leaf area, length, width, perimeter, void count, shape factor, and aspect ratio by placing the leaf on a palette and smoothing the surface. It is suitable for the rapid and non-destructive measurements. This is a precise but straightforward tool that can be used in the fields for data collection, transfer to computers, and easy analyses.

The study found that for the winter wheat, more root growth and mass in the topsoil decreased the yield. The roots were competing for water in drought conditions, so the old landrace that had more root-mass in the topsoil and less in the subsoil in drought produced less yield. This variety also used up most of the water in rainfed conditions in the earlier stages of stem elongation, so there was less for grain development.

The new release CH1 and modern cultivar CH58 had longer and more mass in deeper soils. They used less water during the stem elongation as the root system was less developed. As the crop matured, the root length and density increased, so they could access more water in rainfed/drought conditions during anthesis and maturity. Moreover, CH1 had fewer tillers and less leaf area, so there was less competition for resources. Therefore, there was more water for the grains, and both varieties had a high yield.

Though all three varieties showed phenotypic plasticity, it was most apparent in CH1. While it produced the best yields under irrigated conditions, its yields fell in drought, and it was similar to CH58. This happened because it diverted resources into growing longer and more roots than in irrigated conditions. In drought, it also had the deepest root system (see Figure 2). So, during water scarcity, deeper and more roots in the subsoil increases grain yield. In drought, seed yield was impacted in all three varieties, but the damaged suffered varied depending on the variety.

Both vegetative and root systems are impacted by drought and show plasticity. The ability to adapt and cope with water stress will vary due to genetics for the traits. Leaf area emerges as one of the most crucial traits and is also measured very often. Their large surface area and the presence of stomata make them more susceptible and sensitive to drought effects. It is important to know the phenotypic variations of the traits, not only in optimum conditions but also drought, which crops will increasingly face due to climate change. This will help scientists choose crops that are hardy and high yielding in a wide range of field conditions. 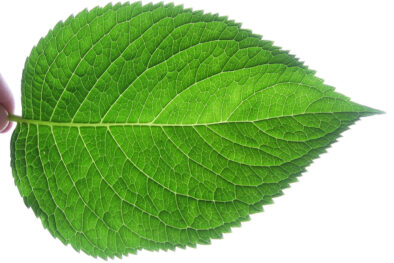 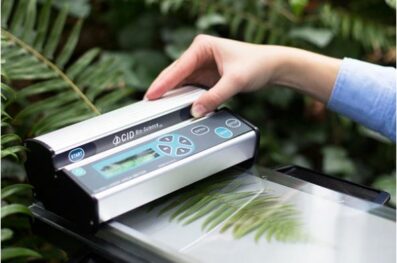 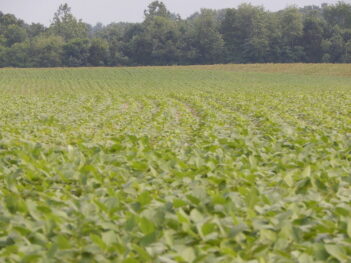