A team of biologists wanted a tool for CO2 measurement to find the drivers of trade-offs in insect signalling. A portable Infrared Gas Analyzer, which was designed for plants, was found to be suitable for the task because it allowed non-destructive measurements of respiration. The tool was unrestrictive and allowed the insects to continue their signalling during the trial. The biologists were able to explain many aspects of tree cricket signalling with the IRGA.

Trade-offs are ubiquitous. An individual only has access to a given amount of energy, meaning they cannot perform an unlimited number of tasks or have unlimited traits. This rule also applies to insects such as tree crickets. Trade-offs determine the combination of traits the tree crickets develop in response to their environment, body physics, and physiology.

Trade-offs can be important in producing the diversity of signalling seen in tree crickets. The difference in signalling is seen not only between species but also within a species. Intraspecific trade-offs have been recorded between bandwidth and trill rate of signals or between duration and repetition of signals.

The diversity of traits could be produced by selective pressure from environments or due to insect physics, morphology, and physiology.

The sound crickets make, called stridulating, is used as a signal to potential mates. Tree crickets have a unique signalling system. They rub a filed wing against a hard vein on the other wing to produce a sound that females respond to by approaching the male.

Each time a male rubs his wings together, he produces a pulse of sound. The number of times a sound is produced in a second is called the pulse rate. Pulse duration is the length of time the wings are rubbed together and is controlled by the length of file on the wings. Pulse duration can differ between species. The pulse rate and duration are important components of signalling that differentiate species.

Looking for Trade-Offs in Tree Crickets using an IRGA

Tree crickets need energy for signalling, and that can produces trade-offs which help a species diversify. A multi-university team of biologists, Symes, Ayres, Cowdery, and Costello, wanted to find out what trade-offs existed in tree cricket species, belonging to the genus Oecanthus, which occupy a wide range of habitats. They chose two morphological clades: broad-winged and narrow-winged.

The scientists measured various acoustic traits, metabolic cost, signalling duration, and amplitude to see if there were any trade-offs in the species. The possible causal factors the biologists researched were body size and metabolism.

The scientists used CO2 measurement, as the gas is a product of metabolism and respiration. Metabolism was recorded in the night between dusk to dawn, when signalling usually occurs. The biologists placed each cricket in an airtight 180 mL glass jar for 6-13 hours. Then, they measured CO2 levels produced by crickets as the difference of the gas in the air at the beginning and end of the trial. Carbon dioxide measurement involved taking a 5 mL air sample with a syringe.

The CO2 measurement was done using an IRGA, the CI-340 Handheld Photosynthesis System. The instrument is a light and portable, recording individual readings in 35 seconds. The IRGA, manufactured by CID Bio-Science Inc., can measure CO2 ranging from 0 to 2000 ppm with a resolution of 0.1 ppm, so scientists could be sure they were capturing even minute variations in metabolic rates in tree crickets. The sounds produced by crickets in the jar were recorded to measure signalling time. At the end of the trial, the weight of the insects was also recorded to get their mass.

The pulse rate was calculated by taking recordings of individual crickets and counting the number of pulses in two seconds. Just in case temperature influenced pulse rates, the recordings were repeated at different temperatures. The amplitude of 140 crickets was also recorded.

There was a clear pattern to signalling and the variation was not random. This also limited the diversification of signalling.

The biologists found that there was a difference in pulse rate or signalling frequency among the eight species of tree crickets. However, the energy or cost per sound was constant across each species. This happened through a trade-off between the duration and repetition of signalling. Cricket species that had a higher number of teeth on their wings closed/rubbed their wings fewer times. Therefore, the number of teeth stuck per second remained the same.

There was a clear relationship between the body mass and respiration/metabolic rate of crickets. As the cricket weight increased, so did their metabolic rate. This was observed within members of the same species, as shown in Figure 1. The biologists found that the rate of increase in respiration in relation to mass was constant across all species. There was a rise of 0.71–0.76 μL CO2 produced for every increase in mg per hour

As the mass of a tree cricket increased, its cost per sound also increased. A cricket that was twice as big had to spend twice as much energy for calling. This produced trade-offs between mass and signals. The weight of a cricket was connected with the amplitude of calls and was species specific. The largest cricket species was louder than the smallest species by six decibels (dB); see Figure 3, upper panel. The sounds produced are bi-directional and directed towards the front and back, not all around, so the sounds remain louder.

The reach of a larger male cricket was four times more than that of a smaller cricket. However, the louder calls cost larger crickets extra energy per minute of calling. The smallest species, O. argentinus, with an average mass of 52 mg, increased CO2 production from 38 to 57 μL CO2/h as the time spent calling rose from zero to 20%, respectively. While O. latipennis, with a mass of 79 mg produced 56 to 93.2 μL CO2/h, for the same level of calling; see Figure 2. Hence, the larger crickets can call for shorter times, only 20% of the time, while smaller crickets called for about 60% of the time. Thus, with rising mass and energy costs, the duration of time spent calling decreases, as shown in Figure 3, lower panel.

Tree crickets showed trade-offs in signalling due to the energy costs involved. The scientists are not sure if this could be the case in all insects or just crickets, which have a unique sound production mechanism that is energy-intensive. The scientists also found that female crickets prefer males with higher pulse rates.

The sensitive infrared gas analyzer was one of the few complex tools used by the scientists for the experiment. Its use allowed the biologists to probe non-destructively into insect physiology without constraining or disturbing the signalling of crickets in any way. The energy balance turned out to be a vital driver of trade-offs in signalling that tied many varying trends together. The experiment sheds light not only on insect behavior, but also evolutionary divergence among the cricket species found in the same area. 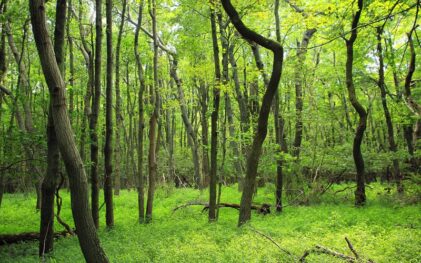 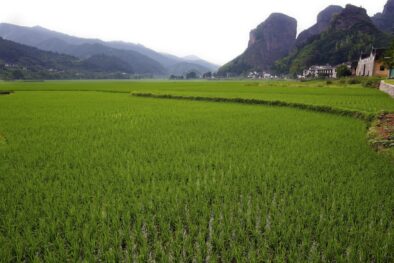 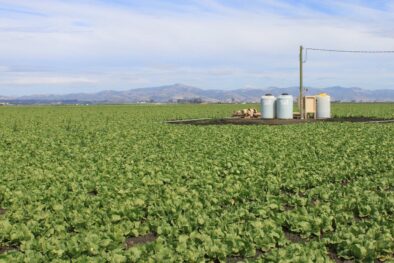