To make citrus more resistant to root disease, easy and large-scale production of appropriate rootstocks is necessary. A novel experiment to study root growth and architecture of rootstocks propagated from seeds, cuttings, and tissue culture needed a non-destructive tool for underground data collection. The scientists used a minirhizotron, and their findings provide significant information for growers.

Citrus is usually produced from grafts. Rootstocks are usually stumps with well-developed healthy root systems, which are combined with scions. Growers benefit from the fruit features of the scions and the hardiness of the rootstock. Rootstocks can help grafts overcome biotic and abiotic stress and improve yield and fruit quality.

Citrus suffers from major root diseases. In the past, root diseases have impacted citrus production occurring on a large scale leading to significant loss of productivity and profits.

Huanglongbing (HLB), also called citrus greening, is one of the prominent root diseases affecting citrus worldwide. It has no known cure, and management practices are the best way to control this disease.

Thus, the condition of the root system of graft assumes more importance for citrus health and could be decisive for the success of an orchard. Luckily, several rootstocks are resistant to HLB, even if the scions are not.

Resistant rootstocks cannot prevent the diseases in grafts but can improve productivity.

Usually, seeds are used to produce rootstocks. However, due to seed shortages, the use of cuttings and tissue culture propagation of ideal rootstocks is being tested.

However, scientists are not yet sure which features of the root systems help a graft fight the disease.

So, a team of American scientists—Pokhre, Meyering, Bowman, and Ute—examined root growth and architecture in Valencia oranges grafted to six different rootstocks. The rootstocks were propagated by three methods: seeds, cuttings, and tissue culture. They let the grafts grow in the field for two years and collected data during this time.

Over the course of two years, the researchers monitored the grafts for foliar diseases and health. Leaf nutrients were also analyzed twice for major and micronutrient content.

At the end of two years, the scientists tested the soils and tree attributes like height, canopy spread, and canopy volume. DNA was extracted from ground leaf samples.

Data collection of above-ground parts was done either once or twice during the experiment. However, the scientists wanted to trace the growth of roots over a year. Disturbing the roots or removing any of them could affect the results of the experiment.

Root intersection counting involves digging trenches more than a meter wide and deep. Roots have to be gently loosened from the soil to count them. Using this method would require the scientists to dedicate a significant amount of time and effort, since they were collecting data from 72 trees. Moreover, the roots would be disturbed each month and could affect their continued growth.

Therefore, the scientists needed a method that was non-destructive and would allow for the root growth to be easily followed.

The scientists decided to use a minirhizotron. They chose the CI-600 In-Situ Root Imager. The device makes high-resolution images of the roots non-destructively.

To use the root scanner CI-600, the scientists inserted clear acrylic tunes 50 cm long into the soil at an angle of 45 degrees. The soil tubes were placed 45 cm away from the stem so that roots were not disturbed. A black foam core was placed inside the tubes, and the mouth was covered by a black plastic bag to prevent soil, water, and sunlight from entering the tube. Each tree had two tubes installed close to them, so a total of 144 root tubes were studied.

The scientists scanned the root systems of the citrus once a month. The CI-600 In-Situ Root Imager was inserted into the tube to take scans. The camera could be rotated so that the scientists got a 360-degree view of roots growing around the tube. Two images were taken of the top 33cm soil profile per tube. The roots were analyzed using WinRhizoTRON Software.

The sum of roots represented root growth. Dead roots were identified by their color and structural integrity.

The scientists stopped collecting data on root growth after a year, before the root systems from adjacent trees had begun to overlap.

After two years, the whole tree was harvested carefully to study the root architecture. Root depth and diameter, along with the number of lateral roots and their length, were measured. To study rootstock biomass, all parts below the grafting union were used to get fresh and dry weight.

Scions were cut at the grafting point to calculate the above-ground biomass. Leaf area of thirty leaves from each tree was also estimated.

Benefits of using the Minirhizotron CI-600

The root scanner was ideal for the experiment as it allowed the scientists to monitor root growth without interfering with the grafts’ performance in any way. Also, the device was narrow, so the tubes used for it could also be kept small. The root tubes had an outer diameter of only seven cm and an inner diameter of six cm.

The images taken by the root scanner CI-600, manufactured by CID Bio-Science Inc., had a scanning resolution of 100-600DPI. The images had a resolution of up to 23.5 million pixels. Each scan took only 30-48 seconds.

The scientists found it easy to differentiate roots from the surrounding soil because of the accompanying RootSnap! Software that comes with the package. The images were saved on the included tablet, where they could be viewed in the future.

The root scanner’s tablet memory facilitated many non-destructive measurements in a single day. Hence, taking root scans from a total of 144 root tubes was not a problem.

Before this experiment, there was little information on the influence of the origin of rootstocks on the performance of citrus grafts. The findings of the study provide much-needed information to bridge this gap.

During the initial two years, all the rootstocks developed only adventitious roots. The development of a taproot had not yet started.

The above-ground parts and their biomass was not affected by the source (seed, cuttings, or tissue culture). Thus, it was shown that cuttings and tissue culture can be used to propagate rootstocks.

The root systems were different in the three propagation methods, however. Though there was a difference in root growth, as shown in Figure 1, it was not significant.

Rootstock trunk diameter and lateral root lengths did differ, as shown in Figure 2, and seeds produced the largest root system. The other root architecture traits were not influenced by the method of propagation.

The difference seen in rootstock vigor could be traced back to the six varieties tested. For example, rootstock cultivar US-942 had the greatest number of dead roots (65%), while US-1516 had the least (30%).

The cultivar of the rootstock had the most effect on the root and above-ground development of the oranges.

To see if there are any effects of rootstock propagation methods on orchard productivity, longer-term experiments are needed. However, the results of this experiment are still a significant first for citrus production. The study eliminated the misconception that seed-produced rootstocks produce taproots in the nursery and should, therefore, be preferred. Fibrous roots, which aid in the uptake of water and nutrients, could be useful in producing a healthy plant that is more likely to fight off diseases. Utilizing smart farming and research tools, further information can be gleaned non-destructively from plants in the field, moving our understanding of natural phenomena, and efficiency in global food production forward. 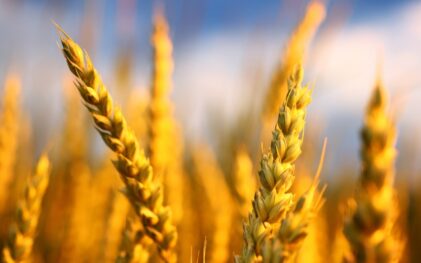 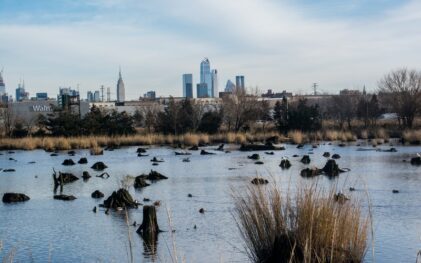 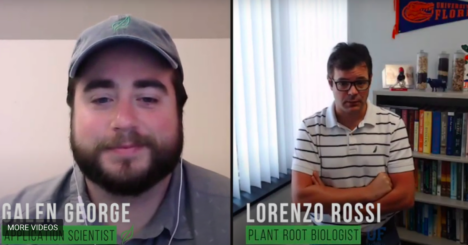 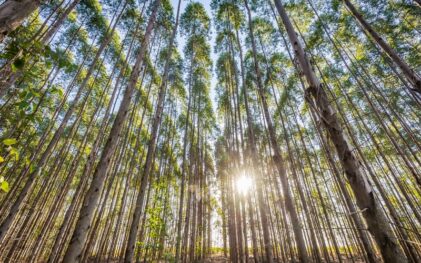